Subscribe to unlock
exclusive offers, tour updates,
new merchandise,
and much, much more! 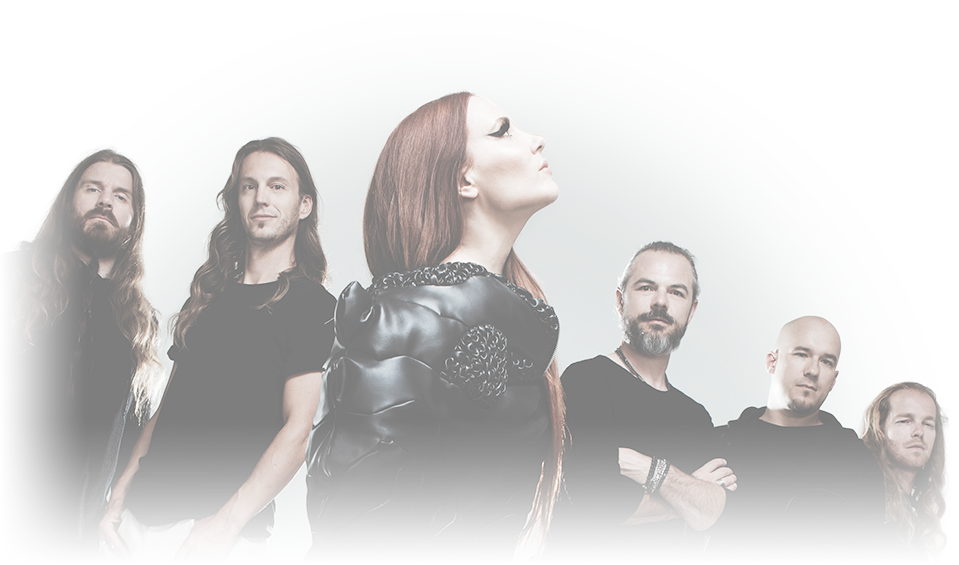 On their eighth full-length album, the Dutch symphonic metal titans go all cinemascope, in a stunt both effortlessly and cunningly unleashing their biggest, grandest, flashiest opus yet.

Mind you, that’s not lightly said for a band like Epica. Formed by composer Mark Jansen after leaving After Forever back in 2002, they quickly gained attention outside their home country, taking big steps towards becoming the leading symphonic metal superpower they have long proven to be. After their ambitious debut The Phantom Agony (2002) and the surprisingly eclectic sophomore work, Consign To Oblivion (2005), the road took them to new heights via their first concept masterpiece, The Divine Conspiracy (2007) and their global breakthrough, Design Your Universe (2009).

However, especially 2012’s opus, Requiem For The Indifferent, 2014’s bedazzling, The Quantum Enigma and their finest, most embellished effort yet, The Holographic Principle (2016), cemented their reputation as not only one of the hardest working metal bands in the business but also as one of the best. Period. With Omega, the final part of the metaphysical trilogy they began with The Quantum Enigma, they reclaim the throne without so much as the blink of an eye.

On their past seven records so far, they soared from gothic undertones to a broad, epic and triumphant amalgamation of all things monolithic, establishing their unique brand of unparalleled vocal excellence by Simone Simons with a band both ready to tear down venues around the globe while at the same time installing orchestral splendour, progressive elegance, oriental enchantment, cinematic soundscapes and colossal fury into their trailblazing, bombshell sound. “We have long found our sound,” says Mark Jansen, “but within that sound, there is lots of room for evolution. We always try to reinvent ourselves, to bring in refreshing elements.” And this massive, shape-shifting beast of a new album is the logical climax of their history.

For more than 15 years, the band pressed the pedal to the metal, passionately touring the globe time and again. After what Simone Simons describes as, “having been sitting in a high-speed train without stopping at any destination whatsoever,” the band in 2018 decided it was high time for a well-deserved rest. As soon as the The Holographic Principle cycle came to a close with their 1000th show, the band went into hiatus. Alright, alright, they still finished their very first autobiography, The Essence of Epica during that time, but you just can’t expect a band like Epica sitting still, idly twiddling their thumbs now, can you? “It was the first real break we allowed ourselves,” Simone Simons says. “It did us all good and gave us a chance to reflect on what’s been happening since 2003. It all went by so fast.” Realizing how much Epica accomplished made them far from satisfied. Indeed, it rekindled the fire in their hearts, bringing them back together sooner than expected.

For the first time in years, they congregated in a villa in the pastoral beauty of rural Holland, setting up their temporary studio in several rooms. For one intense week of renewed bonding and creativity, they accumulated their ideas, they jammed, they wrote, they discussed. Above all, however, they just spent time together as friends. Just like in the old days before the members scattered across four countries. “For the first time in ages, we were working together in the same room, starting on each other’s ideas as early as never before.” Mark Jansen states, “This, made the album more coherent. For us, it was the only logical way to lift Epica to the next level. We had such a free flow of inspiration that we all agreed we would be extending this stay for the next album.” 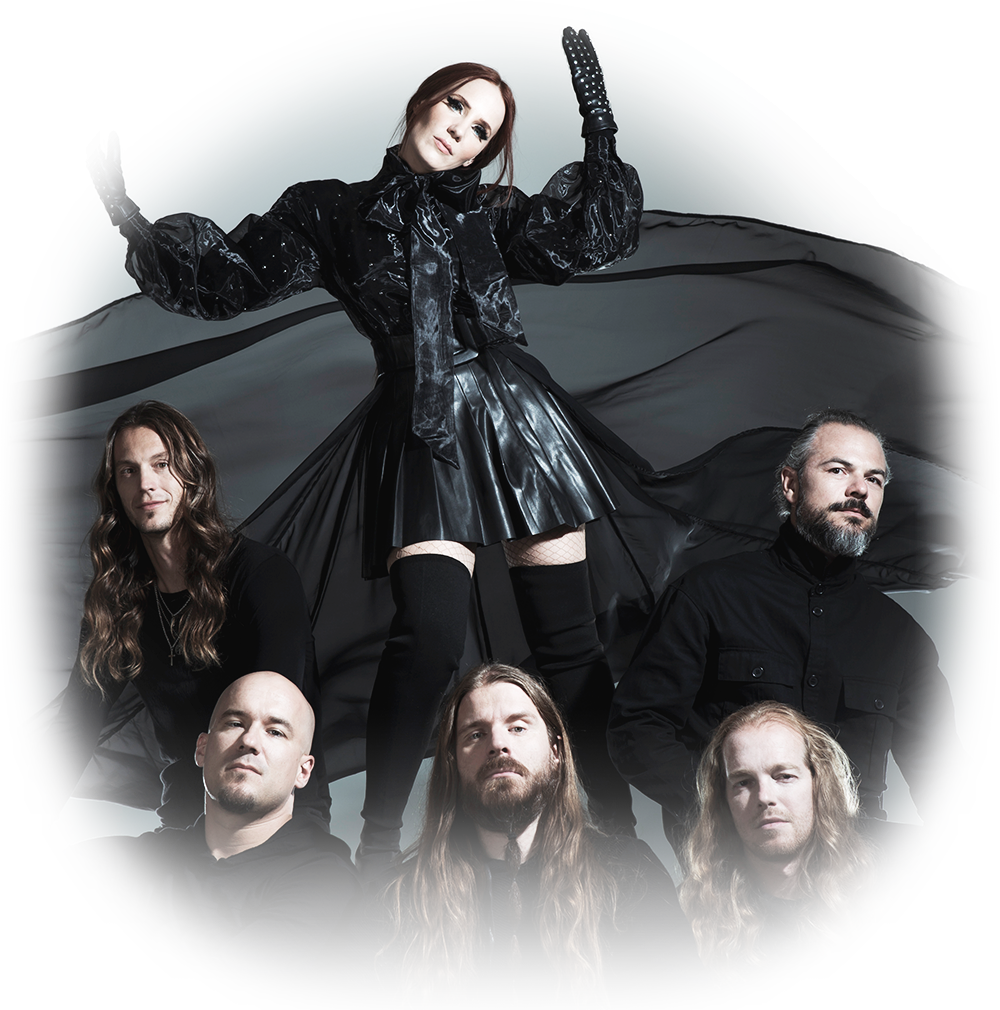 Ωmega is an album of unity, of friendship, of the close bond the members have.

An album that naturally came together as a group effort. And no wonder: Mark Jansen, Simone Simons and keyboard player, Coen Janssen have been playing together since Epica’s conception in 2002, with drummer, Ariën van Weesenbeek joining as early as 2007, lead guitarist Isaac Delahaye following in 2009. In 2012, bass player, Rob van der Loo marked the latest addition to their ranks. For eight years, three records and hundreds of gigs, this band forms an indestructible unit. Add to that the fact that Omega is once again graced by a stunning artwork courtesy of Heilemania who has been working with the band since The Classical Conspiracy and also the third record the Dutch trailblazers have recorded with producer and close friend Joost van den Broek and you get the picture of a band who couldn’t be happier with the place they’re in right now. A band in which each member is contributing an important share to song writing and composing. “Joost has the overview, never loses track and nor misses a single deadline,” Mark Jansen tells of his old friend he’s been hanging out with since the days of even before After Forever. “His sense of timing is impeccable and almost a little spooky. We’ve never been better organised than with him.” As a result, Joost van den Broek not only steered the recording process of Omega but for the first time also took over mixing duties.

A gargantuan task not exactly facilitated by that tiny little nuisance called Covid-19. Yet, be it karma or destiny, Epica not only persevered, they excelled onto an altogether different level and managed to record an album with a whole orchestra and, for the first time ever, a children’s choir in the midst of a raging pandemic. “Everything was planned and booked, the studio, my hotel,” Simone Simons recalls. “When I couldn’t travel to the studio, we were forced to look for an adequate substitute and found this lovely studio near my hometown. the studio owner even managed to organise my favourite microphone for the recordings. For the first time since 2003,” she laughs, “I was going to work every morning and returning home after a day’s work. Quite a nice change, I must say.”

Mark Jansen has his own karma story to tell: “We were fortunate enough to record both the Prague Philharmonic Orchestra and children’s choir right before lockdown. Choir recordings literally ended on the very last day something like this was allowed. With everything that happened,” he grins relieved, “we were enormously lucky with how the recordings went, given the circumstances.”

In the middle of a world in turmoil, of a cataclysmic change in society, Epica somehow managed to create their most spectacular album yet. An album that is seamlessly bringing together metal and orchestra, choir and oriental instruments to a perfect storm constantly emitting goose bumps. A record with a specifically written suites for orchestra and choir, featuring a wide range of ethnic instruments recorded around the world by some of the best native musicians out there. In short: They outdid themselves. Once again. And still managed to keep the songs approachable and wickedly catchy. “More than ever before, we had the live shows before our eyes,” says Mark. “We wanted to write huge, catchy and melodic songs that work well in a crowd environment without altogether obliterating the larger-than-life epic anthems.”

Of course, he’s especially hinting at the third part of the epic “Kingdom of Heaven” saga, – “The Antediluvian Universe” – clocking in at over 13 minutes. It’s easily the most ambitious, most monumental, most touching song Epica have ever written. And it comes with a backstory, of course. “The ‘Kingdom of Heaven’ saga is slowly getting creepy,” Jansen muses. “When I wrote the first part, my grandmother passed away and I dedicated the song to her memory. I wrote the third part together with Isaac and this time around, his and my remaining grandma died. Within one week.” That there’s going on more between Heaven and Earth than we care to admit is also the central nucleus of the trilogy’s grande finale – the so-called, Omega Point. Mark Jansen: “Everything happens in circles. The seasons, day and night, our lives, reincarnation, the planetary circles. The Omega Point Theory postulates that after the Alpha, the Big Bang, everything swirls together towards one point. There, at the Omega Point, all consciousness comes together into one point of unification.”

Together with The Emerald Tablets, an ancient source of alchemistic wisdom, Jansen crafted a fascinating concept of beginnings and endings, of life and death.

This time around, however, both his and Simone’s lyrics focus on the personal and individual aspects of these theories. They touch upon personal relationships, struggles, battles with depression and anxiety, ultimately providing a lesson in empathy and self-empowerment. A lesson, of course, that would not be half as effective without a vocal force of nature that Simone Simons long has become.

From “Abyss of Time” – a storming song via the eerie “The Skeleton Key” and the oriental charm that is “The Seal of Solomon” – to the ultimate battle cry, “Freedom - The Wolves Within -” and the overwhelming sadness residing within the heartbreakingly beautiful “Rivers” – Omega displays everything Epica has to offer. And, quite astoundingly, even more.