Subscribe to unlock
exclusive offers, tour updates,
new merchandise,
and much, much more!

It is with sadness that we announce that Yves Huts and Epica have decided to part ways. Yves has been with us from the start and has been of great value to the band. We want to thank Yves for his contribution to Epica’s success and wish him the very best in his future career, whether musically or in a different way. We will never forget the good times we shared together on the road!!

013 is the venue where we did our first show with Epica and, almost a decade later, also my last. I’m leaving the band because I have another career opportunity that is not combinable with the schedule of a world touring band. I’ve tried to live these two different lives simultaniously for as long as I could but in the end I just had to make a choice, one of the most difficult ones in my life. I look back to these 10 years in Epica satisfied and enriched with life experience. As a founding member I’m proud of what we’ve achieved so far and I’m sure the future has a lot more great things in store for the band.
I would like to thank the band, crew, fans and everybody else involved for the good times and I wish my successor good luck.

The silver lining to this cloud is that we can already announce an awesome successor. Fulfilling duties on bass from now on will be none other than Rob van der Loo . You might know Rob from his work with MaYaN or Delain. We are sure that Rob will fit perfectly as a musician and as a person, and we are looking forward to share the stage for the first time next week. 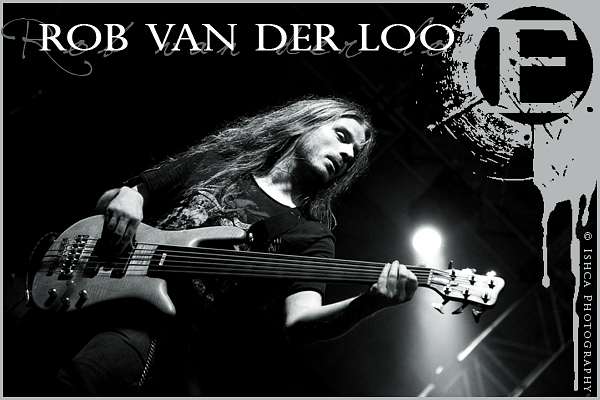 “A few days ago I spoke to Yves and he brought back a memory from the time when Epica was still a support band for one of my former bands. At that time he would never have guessed that almost 10 years later I’d be his successor in Epica… Well, neither did I… but I’m damn proud of it!
I’ve been sharing the stage with the people from Epica for almost ten years now, and becoming a member of MaYaN last year brought us even closer. So making the decision to join Epica feels pretty good. Therefore I want to show my gratitude to the bandmembers (including Yves) and the crew for allowing me in the Epica family!

See you guys on the road! I won’t let you down!