In the summer of 2017, with the help from our loyal fan base, we won a high-profiled competition organized by the METROPOLE ORKEST. First prize was a recording of a song of our choice with the orchestra. In between our heavy touring schedule, we were able to conjure up a unique, never-before-seen ‘Big Band meets Symphonic Metal’ rendition of “Beyond the Matrix”. As a bonus to all voters, runner-up in the competition and friend of the band, Arjen Lucassen (ARYEON) contributed a beautiful guest-solo to the song. 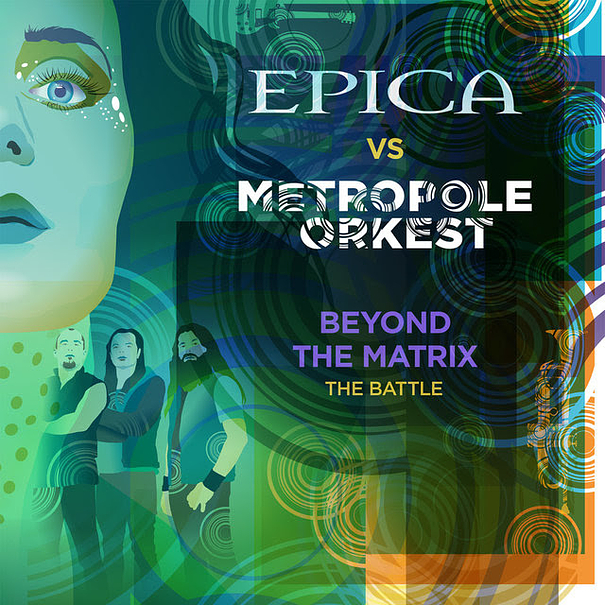 “We came up with ‘the battle’ to fully display the strengths of both worlds; our heaviness and their jazziness, but how to combine it in one piece… In comes Tom Trapp, arranger extraordinaire. He fully understood the way we wanted to build up the piece and he translated it into this amazing arrangement for the Metropole Orchestra. From ambient soundscapes to heavy symphonic to over-the-top big band parts… this song has it all!! Expect the unexpected!!! It was an absolute pleasure and honor to see such professionals work from up close and I learned a lot every step of the way. The way the conductor, arranger and orchestra communicate and play is something I’ve rarely seen before. A unique experience that resulted in a unique version of Beyond the Matrix.“
– Coen Janssen

EPICA vs METROPOLE ORKEST - BEYOND THE MATRIX - THE BATTLE - will be released as a limited-edition vinyl and digital download on October 26th through Nuclear Blast. You can pre-order the limited-edition 10-inch and bundles from our web shop HERE.

🇩🇪German friends. This fall we will return to Berlin together with @apocalypticafi and Wheel to perform at the Colu… https://t.co/sgast8sUXa